On July 25th (Sunday), after one last heroic raid, I have announced the very emotional and heart-breaking decision that the <For Fun>-Ragnaros will cease to run organized World of Warcraft activities indefinitely. Thank you all who have been a part of this adventure.

Naturally this is very depressing for me personally. For the past 13 years, with varying degree of engagement, I have been a part of this guild. Ever since the beginning I have had the vision that <For Fun> will be a semi-casual community that will last for years and will continue to bring joy and laughter to all who wish to join us. While it did last quite a while, the last 2 years have been the worst years ever and even despite continuous effort to improve it things just kept going worse and worse. Finally, the last weeks have shown that even after very recent patch 9.1, we are struggling to even make a solid 10 man raid and most of us find the game dull. At this point, stopping is more like euthanasia and just cuts the unnecessary pain. I also have no illusion to hope that World of Warcraft will get any better as at its current state it needs a true revolution.

How did it come to that?

Looking back at previous expansions I feel that the content provided by the game has not changed that much. We still have dungeons, raids and some world stuff to do here and there like daily quests, professions, valor points. I believe it is the “enhancements” and “twists” of these basic elements that brought the in-game community to a state in which fun is secondary and some unhealthy competition is the primary value the game promotes. With the modern WoW community it is impossible to find enough players just to have fun.

Some of the points to think about are the following:

Even the most recent utmost effort to revive the guild by building an in-game community shows how bad the community is. Running chill mythic+ dungeons where you ask people to join discord and whisper you with “I am here to have fun!” has proved to be an insane requirement. Despite having a tank and healer, we have had to wait for group for dozens of minutes. Most people cannot read the description and will shove their AotC, raider.io and other bullshit in my face. Others will tell you how retarded this requirement is. Yet others will genuinely force themselves to comply so that they can do their weekly run.

While giving up on World of Warcraft, I can only wish that many of the bonds created via our guild will remain strong and active. Ideally we would find another virtual world where we can all play together, however, that does not seem very possible. If you guys are going to try other MMOs like Final Fantasy XIV or New World, let us know in the discord!

Those who choose to continue playing WoW will move on to a new guild to have fun. I definitely do not see much point staying in a dead guild due to some nostalgia feelings!

As for me, I am going to retire as a raid leader. I am probably going to try the New World MMO once its released. Meanwhile I will try playing with some Russian WoW guilds, where I can have relaxed fun while also practising some Russian. 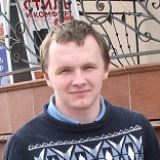